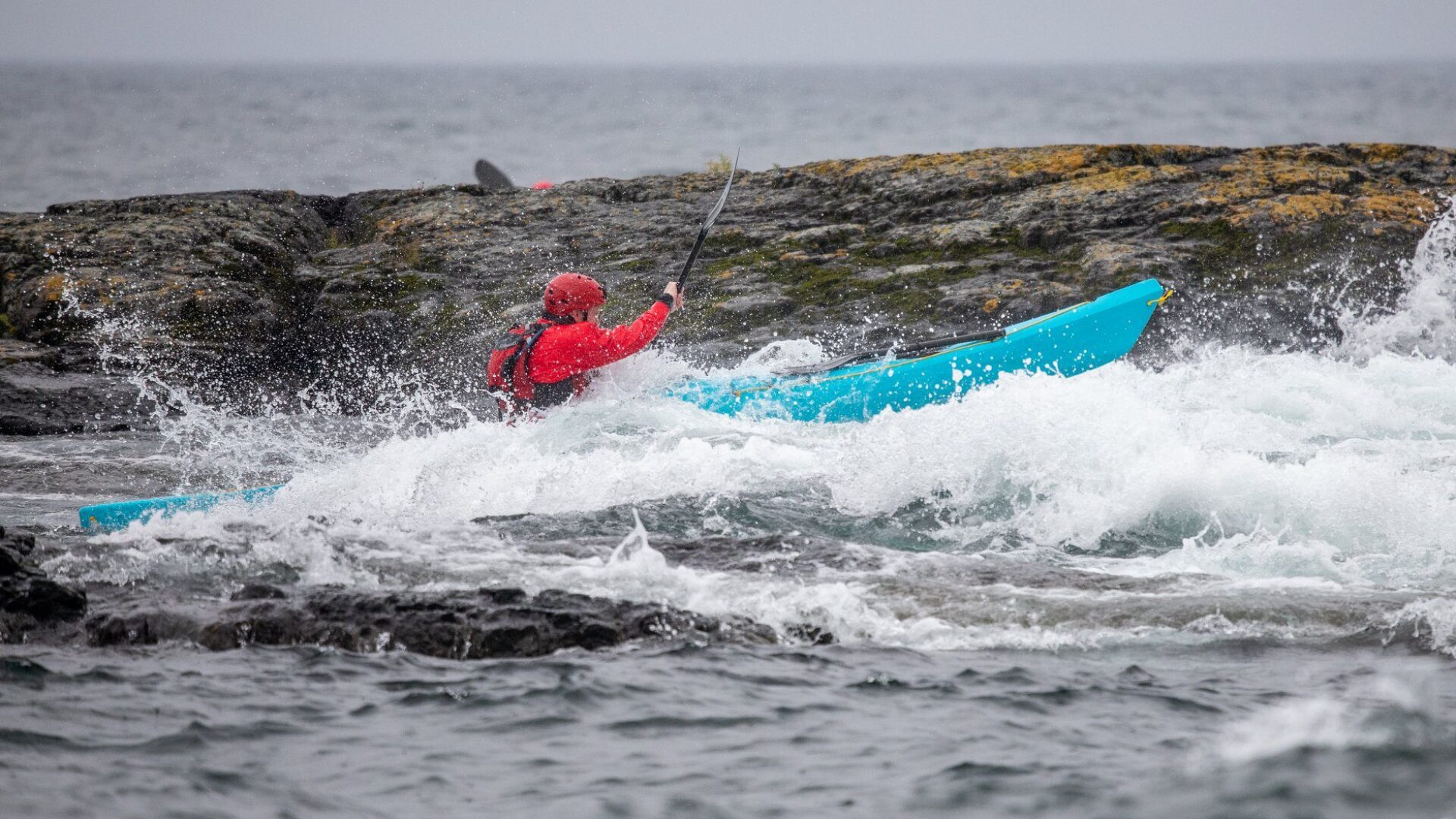 Lessons Learned from the Gales Lesson, Where is the fun?

We solicit feedback for the Gales every year to try and understand how to make the event better. We evaluate what we can do to be better coaches, event organizers, and pass that on in an experience that makes things better for people who come to the Gales.

I’ve said this at several Gales before. It bears repeating. I made the Gales to be an event I would want to attend. I was a young man when I first got into kayaking (late twenties). There were no sea kayaking instructional events that focused on playing in rough water on the Great Lakes back in 2000. The original Gales, for which we are named, was more of a sink or swim, (mostly swim) for attendees. It was suffering without fun. I wanted to make an event that was fun. I didn’t want any stories of broken boats and near death experiences on Lake Superior.

Our image was unfortunately tarnished by an incident in 2016. Nobody was injured, but a boat was destroyed. And as the organizers, we took it very seriously. We heard all of the accounts, from both the coaches and the participants. We documented them. We posted them publicly immediately after the event. We learned from it. It was the fine edge of fun or disaster. The fun was immediately sucked out of the event that year. We had to work hard to both understand our failure and to course correct. Some of that change was not pleasant. But it is my job to take it on the chin when someone criticizes our safety.

You can still read the entire account if you so choose. There are specific lessons from that incident to be learned. My aim in writing this is to put forward a lesson learned from all 8 years. If I had to put forward Lesson #1, it is fun. Where is the fun? Who’s going to have it? How are we going to make it fun?

Here’s a secret no one wants you to know. You can have a gas with very little conditions. While we may have photos of people pitchpoling and dodging rocks. Riding a tiny swell over a big rock is just as fun as dropping down a steep face. We’ve learned that it takes very little to challenge even students who consider themselves “advanced”. If the conditions are easy, we can simply increase the difficulty on tasks and all the sudden we have people totally engaged. However we cannot dial down conditions. Without the ability to shelter students, the fun is gone. Fun is a very fine line. And it’s always better to get smaller than it is to have unavoidably larger conditions of wind and waves. We want to make a mountain out of nothing, rather than have a mountain be able to do nothing with it.

Last year’s gales was a prime example of making great challenges out of small conditions.

Below is a short series of images depicting paddlers running a fun slot between rocks in Marquette’s Middle Bay. The water was going up and down about a foot and a half. We spent most of the day doing this with various challenges of how close to the rock, how big the wave was, running it dry, running it high, no paddle strokes, hitting a turn on the inside, running it backwards. Alec Bloyd-Peshkin and I gave increasing levels of challenge. Our students had a mix of aims and ability and we managed to make the most out of not very much. To me this was a pretty picture perfect Gales afternoon. People were warm, happy, engaged and having fun with very little drama. Finding this sort of fun is a #1 lesson learned for the Gales.

October 5-8, 2023 on Lake Superior and the St. Mary's River (based in Marquette, Michigan)